The American Dream is the national ethos of the United States – a set of ideals which includes the opportunity for prosperity, success and access to upward social mobility for individuals and their families.  The last thing any of us want is to invent and deploy technologies that are barriers to this dream.

Artificial intelligence (AI), configured wrongly, can become a barrier.  Many companies today are now using AI to interview candidates, interpret their potential, and rank them from best to worst.  How emotive a person’s face muscles are, their use of the english language, and the sophistication of their vocabulary are now all being used to select or reject job candidates.

One can only imagine how difficult AI interviews are for immigrants and refugees looking for their first big opportunity.  Facial expressions are often influenced by culture.  English being a second, third or fourth language could present all kinds of barriers to getting past the AI gatekeepers and into the land of opportunity.

In 1933, when the Nazis came to power in Germany, Albert Einstein was visiting in the United States.  He chose to stay because of will…Nazis.  In 1940 he became a United States citizen.  With his German and Swiss backgrounds, unruly hair, impressive mustache and heavy accent, could this Nobel prize winner have made it to the second round of job interviews if AI had been involved?

Using AI to conduct interviews is not a remote future possibility.  It is being used today.  HireVue’s platform has already completed more than 19 million video interviews. 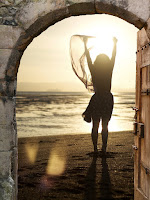 AI for all its value and power can sometimes use truth as a barrier to human progress.  Is it true that no female has ever been to the moon?  Yes, but should that fact prevent future woman from going to the moon?  No.  It would be understandable, however, if an AI application using pattern recognition analysed all people who have ever successfully landed on the moon and found only men, so excluded women from future consideration.  We must watch for and prevent unbiased truth from being used as a barrier to opportunity, equality, progress and the American Dream.

If a person is jailed for smoking and possessing weed, should that prevent him/her from achieving the American Dream for the rest of their life?  What about a person’s teenage indiscretions posted on social media?  Should that prevent them from being hired a decade later?

During my research yesterday I watched a video of a startup technology company that is using publicly available social media content to automatically filter and rate potential job candidates.  If you granted AI access to your social media feed 10 years ago would their analysis make you a better or worse job candidate?

Social media has a long memory.  The person you were and the decisions you made 10 years ago may not reflect the person you are today.  I think we would all benefit from some sort of a “redemptive AI” option, a “right-to-be-forgotten” feature where we could fill in the time period.

Many thought leaders and organizations are focused today on highlighting the need for “unbiased” AI.  As important as those efforts are, it seems to me there also might be a role for “biased” AI as well.  A bias for forgiving one’s past indiscretion or arrest 10 years ago.  A bias for equality.  A bias for giving hard working folks an opportunity that is unjustified in the data.  A bias for assisting people in their efforts to fulfill the American Dream.

What are your thoughts?

***Full Disclosure: These are my personal opinions. No company is silly enough to claim them. I work with and have worked with many of the companies mentioned in my articles.

The Future of AI Starts Yesterday

Missing the Physical World of Spark!Lab

The Future is Where Everything Happens!

Business Technology for The Anywhere Workspace

The Council for Digital Intelligence: Leadership Advice from a Futurist

Is Data the New Gold?

No comments to show.